20VC: Tim Draper on Investing In Tesla, The Best Pitch He Has Ever Seen & The Evolution of Venture and Startups 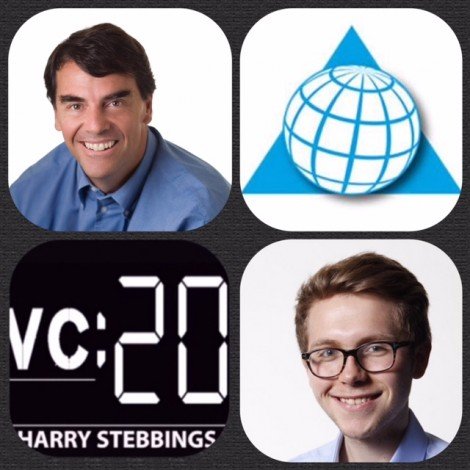 Tim Draper is the founding partner of leading venture capital firms Draper Associates and DFJ. Some of his Venture successes include Skype, Baidu, Tesla, Hotmail, Twitch.tv, and hundreds of others. Fun fact about Tim, it was his original suggestion to use viral marketing in web-based email to geometrically spread an Internet product to its market was instrumental to the successes of Hotmail, YahooMail, and Gmail and has been adopted as a standard marketing technique by thousands of businesses. His prominence is evident through his being named 100 most influential Harvard Alumni, and seven on the Forbes Midas List. He was named Always-On #1 top venture capital deal maker.

1.) How Tim made his way into startups and the investing industry?

2.) Having founded Draper Associates in 1985, how has Tim seen the investing landscape develop over time?

3.) Draper obviously invests across a variety of stage, but what is Tim’s preferred stage? Where does he see the most opportunity for venture returns? Why?

4.) Of all the companies Tim has seen, which was the best pitch? Why? Which founder inspired Tim the most? Looking back, is there anything you would have done differently?

5.) What is DraperU? What are the plans for the future? What is the vision? Why did Tim choose to do a reality show in StartupU? Has it been a very different experience being the lead in a TV show compared to investing in startups?

6.)Why is behind Tim’s immense belief in Bitcoin. Why is this? When did Tim realize the potential? How long will adoption take?