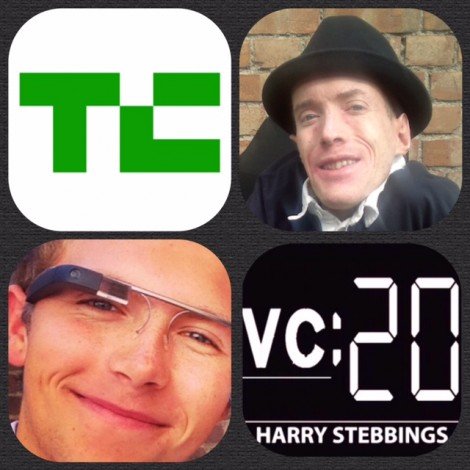 Steve O’Hear is best known as a technology journalist, currently at TechCrunch where he focuses on European startups, companies and products. He first joined TechCrunch in November 2009 as Contributing Editor for TechCrunch Europe, where he worked alongside Editor Mike Butcher to help build TechCrunch’s European coverage. However, in June 2011 having caught the startup bug, Steve took a break from journalism to co-found the London and Prague-based startup Beepl. In November 2012, Beepl was acquired by Brand Embassy. Steve is also the writer and director of the critically acclaimed Silicon Valley documentary ‘In Search of the Valley’.

Before we delve into the show today, our dear friend and kind donator, Brad Feld has agreed to do a competition giveaway featuring signed copies of his amazing book, Venture Deals, all you have to do to be in with a chance is headover to the website at www.thetwentyminutevc.com and sign up for our newsletter. It’s that simple.

1.) Where did it all start for Steve, how did you make he make his entrance into the tech industry, journalism and then founding Beepl?

2.) How did Steve find the transition from journalist to entrepreneur? What were the hardest aspects of the journey? What surprised Steve about the fundraising process for Beepl?

3.) In such a crowded space such as news generation, what is it about TechCrunch that makes it The Bible to the tech community?

4.) Obviously articles and news brings comments from the community. How do  TechCrunch try and engage and unite the community? Have there been any difficulties with the commenting process etc?

5.) How does a platform like TechCrunch plan to monetize content with the ever disappearing ad dollar? Is it something that concerns TechCrunch?

6.) Where does Steve think we are going in both wider media and journalism? Is journalism heading to the short form with the increasing prominence of platforms such as Buzzfeed? How does the industry