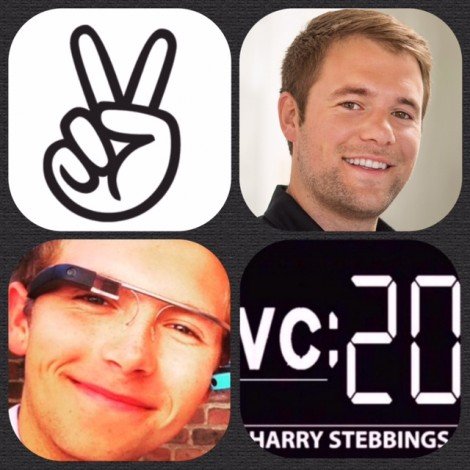 Philipp Moehring is Head of AngelList Europe and their first European hire, a role he has had since Jan 2014. Whilst being Head of AngelList Europe, he is also Venture Partner for 500 Startups and prior to 500 and AngelList, Philipp was a Principal at Seedcamp and has been involved in more than 100 startups since becoming an investor. For anyone looking to join an AngelList syndicate, absolutely check out Philipp’s here!
A special thank you to Mattermark for providing all the data displayed in today’s show and you can find out more about Mattermark here!
Click To Play
In Today’s Episode You Will Learn:

1.) How Philipp made it into startups and investing with AngelList and now 500?

2.) In a recent post Philipp said that management consulting, investment banking and accounting were the worst backgrounds for VCs. Why do you think this and where would you like to see the new breed of VCs emerging from?

3.) Considering your work with AngelList, how do you think the US investing scene differs from the European? Why are we seeing this sudden influx of US capital into European markets? What is driving this influx?

4.) The recent £400m that AngelList received from CSC, Philipp tells us a little more about this and what it means for European companies?

5.) How does Philipp’s role with 500 integrate with the AngelList model? How does Philipp split the time? Is Philipp ever concerned that with the dominance of syndicates in the years to come, VCs will become non existent?

Philipp’s Fave Book: Snow crash, Follow Philipp on GoodReads Here
Philipp’s Fave Blog or Newsletter: Brad Feld’s: Feld Thoughts
Philipp’s Biggest Productivity Tips: SelfControl (Mac)
As always you can follow The Twenty Minute VC, Harry and Philipp on Twitter here!
If you would like to see a more colourful side to Harry with many a mojito session, you can follow him on Instagram here!

20VC: AppLovin’s Co-Founder & CEO, Adam Foroughi on How AppLovin Might Be The Venture Capital Industry’s Biggest Miss, How To Run a 1,000+ Organisation with Very Few Meetings & Balancing the Demands of Wall St with Long Term, Sustainable Growth

20VC: The Contentful Memo: Point Nine’s Christoph Janz on The Cold Email That Led to a Unicorn Investment, How To Approach Market Sizing and Timing & The Pros and Cons of Pre-Emptive Rounds, When To Do Them vs When Not To?

20VC: Eugene Wei on “Status as a Service”, Why Networks Grow and Stop Growing, The Worst Design Choices Social Media Incumbents Have Made & The Next 10 Years of Media and the Metaverse