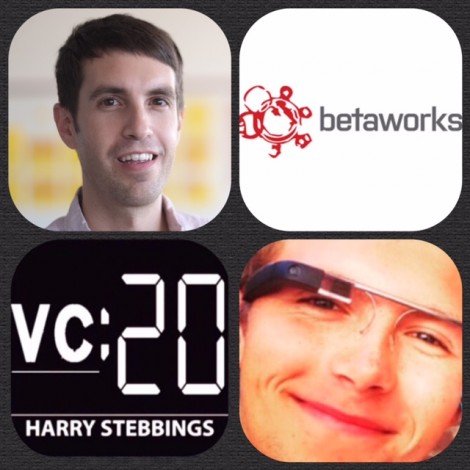 Peter Rojas is an entrepreneur-in-residence at betaworks focusing on early stage investments. Prior to joining betaworks he was VP of Strategy at AOL. He also co-founded several startups, including Weblogs Inc (with previous guest Jason Calacanis) (acquired by AOL in 2005), where he created tech sites Engadget and Joystiq; he also created gdgt, a social commerce platform (acquired by AOL in 2013); and gadget blog Gizmodo (now part of Gawker Media). Previously Rojas worked as an editor at the original Red Herring, a columnist on emerging technology for The Guardian, a contributor to Wired, The New York Times, Fortune, Money, and many more.

One of Betaworks investments on the west coast is the amazing ProductHunt, and you must check out ProductHunt’s new podcast section, which is the best discovery platform for finding new and amazing podcast episodes!

Also, would you like the chance to win a signed copy of Venture Deals by Brad Feld? All you have to do is leave a review on iTunes and then email harry@thetwentyminutevc.com with the name that you left the review under!

1.) From tech blogger and entrepreneur to founding Engadget, and then a product person and now at Betaworks. Peter gives a snapshot of his career so far?

2.) What is Peter doing on the West Coast when Betaworks is based in NYC? How do you compare the two technology environments and ecosystems?

3.) What is involved in being EIR at Betaworks? Why has this position become so popular over the last few years?

4.) How does Peter and Betaworks approach the changing world of seed and as I have seen recently, pre seed investments? Do you have any set metrics that you stick to? What KPIs are always the first ones you look at?

5.) What VCs does Peter admire and look to emulate?

6.) What has Peter learnt from his 1st month in venture? What has been the biggest surprises and challenges about the industry?