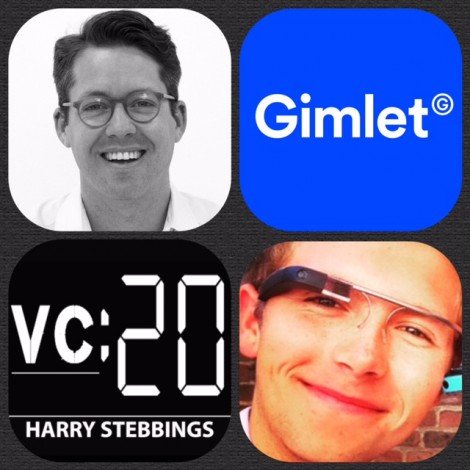 Matt Lieber is cofounder and President of Gimlet Media. In a previous life, Matt produced radio shows (On Point, Fair Game) and podcasts (Slate Culture Gabfest). He also worked as a management consultant at The Boston Consulting Group, where he focused on media and digital business. Then he chucked it all for Gimlet. He holds an MBA from MIT Sloan.

In Today’s Show You Will Learn:

1.) Matt reveals the origins of Gimlet?

2.) What were the dilemmas for Matt in raising Gimlet’s round? What determinant made Matt realize raising was right? What advice would Matt give to founders who are unsure if they should raise or not?

3.) One of the main concerns with raising suggested by Alex Blumberg was that the company would feel like a totally different company, and by different ‘I mean worse’, to quote Alex. So how can a Founder maintain company culture as they grow excessively?

4.) Why did Matt decide to play it cool and not announce to VCs Gimlet were raising? Did Matt expect to get a term sheet as quickly and easily as he did? Were there any hiccups to the funding process? Were Gimlet tempted by any other offers? What value add about Tim O’Reilly made Gimlet most attracted to him?

5.) Question from Matt Hartman at Betaworks: How does Gimlet decide which new shows to create? Is it about creating new shows for an overlapping audience or to expanding audience demographics??

6.) Where does Matt see the future of podcasting going? Many do not believe in it’s potential to be a big business, what does Matt say? What are the challenges, what needs to happen to combat them?