20VC: Why VCs Are Wrong About Bootstrapped Founders, How Content Can Be Used As A Key Customer Acquisition Tool & How To Use Humour When “S*** Hits The Fan” with Jesse Genet, Founder & CEO @ Lumi 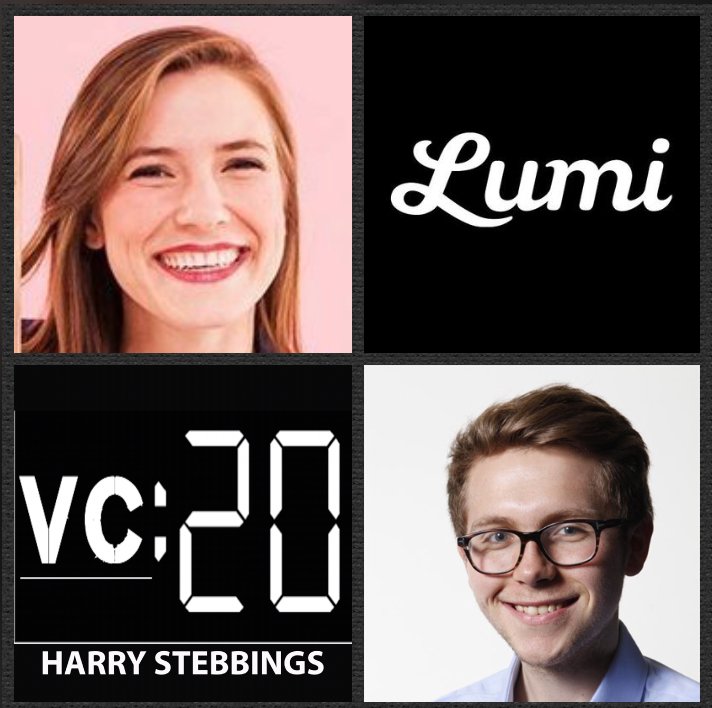 Jesse Genet is the Founder & CEO @ Lumi, the startup that is used by thousands of e-commerce companies to get world-class packaging at unbeatable prices. To date, Jesse has raised close to $10m in VC funding from some of the best in the business and old friends of the show including Satya @Homebrew, Kirsten @ Forerunner, Spark Capital, Lowercase, Ludlow and more incredible names. Prior to Lumi, Jesse founded Inkodye, a bootstrapped business that Jesse scaled to 7 figures in revenue and was sold in retail stores around the world.

1.) How Jesse made her way into the world of startups and VC having bootstrapped her prior business to 7 figures in revenue and being sold in 1,500 stores?

2.) Given that Lumi is Jesse’s first VC backed business, does this make Jesse a first-time founder? How did the bootstrapping to 7 figures in revenue with her last business, influence her philosophy and mindset with Lumi? What has Jesse done differently as a result? What are the dangers that Jesse was aware of and looks out for?

4.) How was the fundraising experience for Jesse, given the “non-sexy” sector of packaging and supply chains? How did Jesse determine whether an investor was engaged or not? What does Jesse think she did well in the fundraising process? What would she like to improve for the next round? What is the common stereotype that VCs attribute to founders with bootstrapping experience?

5.) How does Jesse think about the benefits of her team being small vs her 10,000+ incumbent challenger teams? Why does this mean she has the advantage? How does Jesse manage the expectations of her employees when no one could do 1/10 of what Jesse does?

We also speak about Movidiam – as brands turn to smarter ways of creating video and digital content, the Movidiam platform offers faster turnarounds whilst maintaining or improving quality. They’re already working with some of the biggest, most innovative companies to help compare teams and freelancers across the global curated network of creative talent. Producers and marketers looking for the best creatives can get a shortlist from Movidiam’s account managers in hours – tailored to their project’s needs. Submit a brief or check out the platform at Movidiam.com.