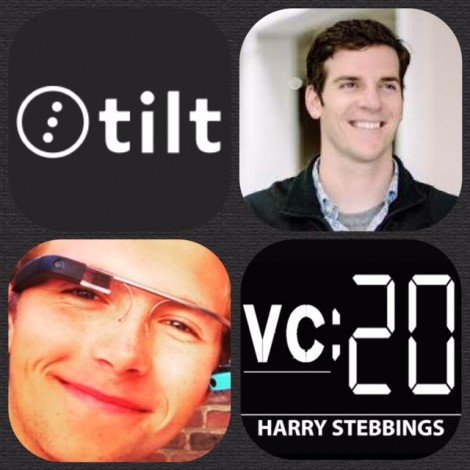 James Beshara is the Co-Founder @ Tilt the micro-crowdfunding platform that allows you to receive funding from friends—changing the way collaborative funding works. Tilt has raised $37 million from 3 rounds of funding from the likes of Andreesen, SV Angel, Alexis Ohanian, Naval Ravikant and Sean Parker just to name a few. As for James Before co-founding Tilt, he studied Development Economics as an undergrad and then went on to build dvelo.org, a site for crowdfunding loans and donations to poverty-alleviation organizations in developing countries. In order to vote for who you think will win James and Harry’s beer pong match, head over to @twentyminutevc on Twitter and vote using our poll.

A special thank you to Mattermark for providing all the data displayed in today’s show and you can find out more about Mattermark here!
Click To Play
In Today’s Episode You Will Learn:

1.) What were the origins of Tilt? How did James go from a micro loans collector in Africa to founder of one of SF’s hottest startups?

2.) What does James make of the current crowdfunding landscape? What will it take for crowdfunding to go mass market?

3.) What are Tilt doing to make crowdfunding more bite sized and consumer friendly? How important is the on boarding process for Tilt? How are Tilt approaching customer retention? What are James’ targets for the year ahead with Tilt?

4.) With investors like Andreesen, SV Angel, Naval Ravikant, Sean Parker just to name a few, what the investment journey like? I heard the first funding took 6-8 months and the series A took 6 days with a16z. What changed to turn it around?

5.) On PH LIVE James stated that founding a company is a destination less journey and although admirable I struggle with that from the investors perspective. How did James sell a startup in a pitch with no exit strategy?

6.) What was it that attracted James to the investors that he chose? What value add was James most attracted to?

Items Mentioned In Today’s Episode:
James’ Fave Book: 100 Years of Solitude, The Power Of Now
As always you can follow The Twenty Minute VC, Harry and James on Twitter here!
If you would like to see a more colourful side to Harry with many a mojito session, you can follow him on Instagram here!