20 VC 086: Starting A New Venture Fund and How London Compares To The US with Hussein Kanji @ Hoxton Ventures 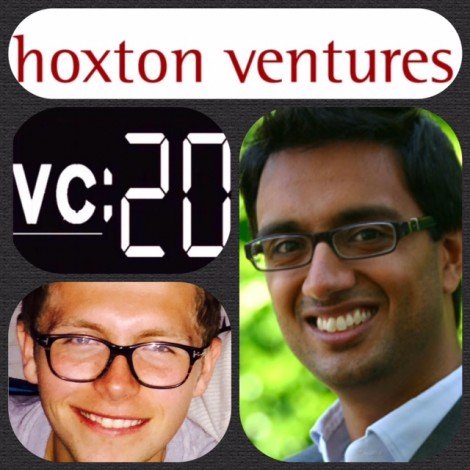 Hussein Kanji really is a pedigree in the industry having started off his career with Microsoft, he made the leap into venture with Accel Partners where he was a board observer with the likes of Playfish, acquired by Electronic Arts and made seed investments in the likes of OpenGamma and Dapper acquired by Yahoo. Following such success, Hussein raised his own fund and is now the founder of Hoxton Ventures, a 2013 fund with $40m under management. Despite, Hoxton’s age their portfolio is immense with the likes of Deliveroo, DarkTrace by the famous Mike Lynch from Autonomy and Campanja, recently acquired by 24/7 customer.

Before we delve into the show today, our dear friend and kind donator, Brad Feld has agreed to do a competition giveaway featuring signed copies of his amazing book, Venture Deals, all you have to do to be in with a chance is headover to the website at www.thetwentyminutevc.com and sign up for our newsletter. It’s that simple.

1.) How Hussein mad his way into the wonderful world of venture?

2.) What was it like to start a new fund with Hoxton and why did Hussein leave the security of Accel to start his own?

3.) Why did Hussein believe this was the stage with the most opportunity? Does he think there is too much capital chasing too few deals?

4.) With DarkTrace (portfolio company), Hoxton were the only VC money in at the early stage? How did that come about and what was it about Hoxton that made Mike take your money?

5.) Why did Hussein choose to setup the fund in London? What does he think is driving the surge in European tech with the rise of the Nordics etc?

6.) With Steve O’Hear Hussein stated he looks for brand new markets that are going to be formed (Playfish)? What does he think those are?