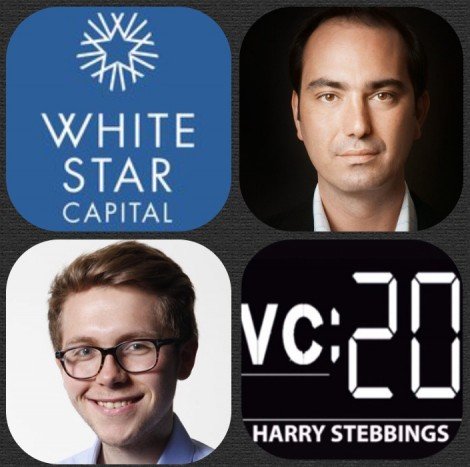 Christian Hernandez is the Co-Founder and Partner @ Whitestar Capital in London. Prior to co-founding White Star Capital, Christian worked at Facebook and led the international expansion of the company’s Business Development, Platform and Developer Network groups. He previously held leadership roles in the U.S. and Europe at Google and Microsoft and started his career in technology at MicroStrategy, a startup he joined prior to its 1999 IPO. Christian has worked closely with entrepreneurs and leading VCs and has been an active angel investor and advisor.  He represents White Star on the Boards of KeyMe, Glow Media, Bloglovin’ and Hole 19. Christian also serves as a Young Global Leader of the World Economic Forum.

1.) How Christian made his way into startups and the investing industry?

2.) Having worked with the likes of Facebook, Google and Microsoft, how has Christian seen the ecosystem develop; for both the good and the bad?

3.) Moving to White Star specifically now, what is the thesis, investment mandate? Average cheque size, preferred sectors? Geography? Talking of geography, WSC has a transatlantic model with offices in both London and NYC, why is that? What are the benefits of having this spread?

4.) According to Mattermark, White Star have 38% of your portfolio in mobile, so what are Christians views on the evolution of mobile? How does he respond to Fred Wilson’s post about the mobile downtown and the difficulty in attaining and maintaining traction for mobile apps? What are Christian’s thoughts on discovery?

5.) Where does Christian stand on the relationship between growth and revenue? Are there any cases where it can be beneficial to focus solely on growth? In today’s environment, with VCs moderating their valuations more, is it possible to raise on pure momentum growth?

6.) Christian recently wrote an article: ‘Hiring For The Future Of Your Company’, so what does he really mean by this? Is it not a little ironic coming from the VC scene, an inherently risky asset class who have a fundamental unwillingness to move away from the old hiring style of investment bank or consultancy, in many cases?

20VC: David Tisch on Why Ownership in Venture Does Not Matter, His Biggest Investing Misses and Hits and How His Investing Style Changed as a Result & 3 Core Reasons VCs Pass That Do Not Make Sense

20VC: The Roblox Memo: First Round’s Chris Fralic on The 17 Year Journey to Build a $41BN Market Cap Company, Why It Is Way Harder To Increase Ownership Across Rounds Today & What Happens Post SPACMania

20VC: Rippling’s Parker Conrad on Why The VC/Founder Marriage Analogy is Weird, Why The Notion of Focus is Overrated, Why Narrow Point Solutions Are Not Best in Class Products & The Rise of the “Compound Startup”