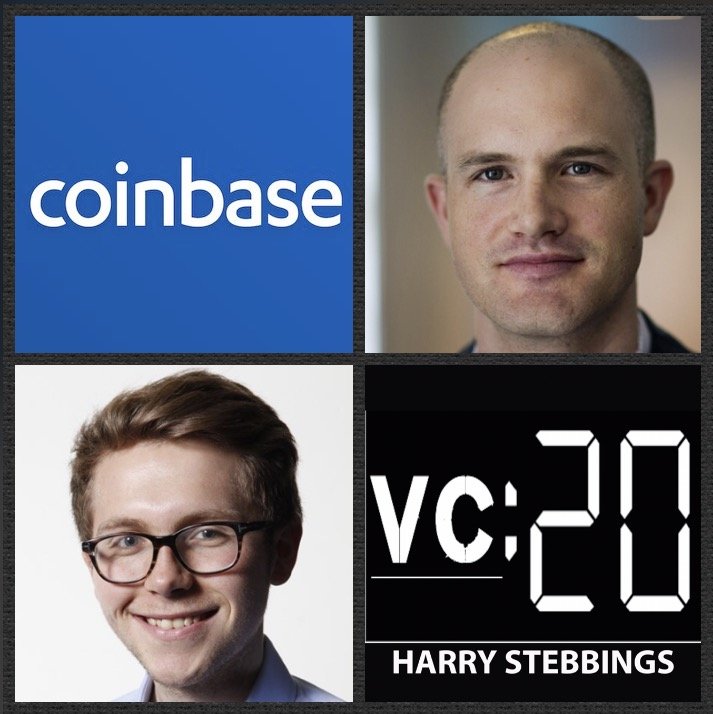 Brian Armstrong is the Founder & CEO @ Coinbase, the startup that provides the world’s most popular way to buy and sell bitcoin, ethereum and litecoin. They have backing from some of the biggest and best in VC having raised over $215m from the likes of Andreesen Horowitz, IVP, USV, DFJ and many more incredible investors. As for Brian, prior to Coinbase he was a Software Engineer @ Airbnb and before that founded his own startup, Universitytutor.com

1.) How Brian made his way from Airbnb to founding one of the early disruptors in the crypto space with Coinbase?

2.) Doing an 80/20 analysis, what are the 3 fundamental differences between Bitcoin and ethereum? What is Brian’s opinion on the scaling path ahead for ethereum? How do the teams behind ethereum and Bitcoin differ and what effect do these differing approaches have?

3.) What is an ICO? Does Brian believe ICOs will be a sustainable method of company financing in the future? What needs to take place to ensure for the continued momentum of ICOs? What have been the biggest surprises of ICOs for Brian?

4.) How does Brian view the regulatory stance around both ICOs and blockchain more generally? What is he concerned will happen? What would be the optimal regulatory framework for the theme to thrive?

5.) How does the rise of blockchain disrupt the VC industry? Why does Brian agree with Naval in stating the future will involve the unbundling of money, control and advice from the realms of VC?