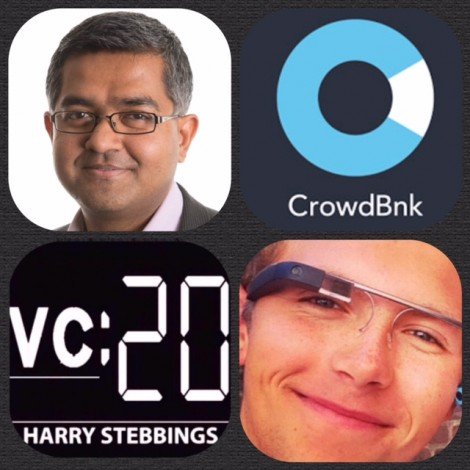 Ayan Mitra is the Founder & CEO @ Crowdbnk, an investment crowdfunding platform that allows you to invest in high growth businesses through both equity and debt. Ayan himself has a background as an enterprise architect and technical manager, having worked with leading consumer companies including M&S, Orange and First Direct. He took his LBS MBA to follow his passion and launch CrowdBnk in 2011. Since 2011 Crowdbnk has raised nearly £20m for high growth startups.

1.) How did Ayan make his way into the world of startups and tech and start Crowdbnk?

2.) What is Crowdbnk, how does it work, what companies Crowdbnk raise for, what is their minimum investment etc?

3.) What are the key drivers of the massive rise of the crowdfunding sector? What effect will the recent SEC ruling have on global crowdfunding?

4.) With the greater and greater amounts being raised on these platforms, does Crowdfunding have the potential to replace VCs in the future?

5.) What are the greatest barriers to mass market adoption of the crowdfunding model? What have been the biggest challenges faced in the journey with Crowdbnk?

6.) How do crowdfunding platforms plan to draw investors away from funds and other portfolio based assets given the level of risk associated with investing in young companies?