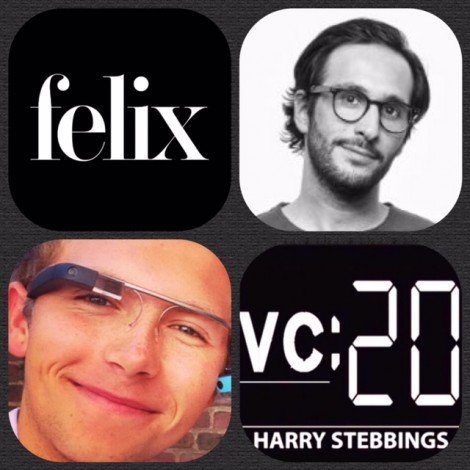 Antoine Nussenbaum is a Principal and member of the founding team of Felix Capital. Prior to Felix, Antoine was a Partner at Atlas Global, a private equity fund originally part of GLG Partners. Over the past five years he has worked closely with various early-stage digital startups including Mirakl, Jellynote, Pave, Reedsy and 31Dover and actively helped them launch their businesses. If that wasn’t enough he has also been involved since inception with Huckletree, a fast growing coworking operator dedicated to the UK digital community which was started by his wife.

To check out the available positions at Felix Capital click here!

1.) How did Antoine make his move into the world of VC?

2.) What sectors do Felix invest in? What stage? Geography?

3.) How do Felix position themselves in the VC space? How do Felix plan to differentiate between other VCs firms in Europe? As for the structure of the fund, why did Felix choose an advisor heavy approach?

4.) Why does Antoine think Europe has the edge at the moment? Also, with the rise of the Nordics and Berlin, why did Felix choose to setup in London?

5.) How does Antoine assess the London and European funding and tech environment at the moment? Does Antoine agree with the media hype over a tech bubble?

6.) How do digital brands address the issue of the millenials with reducing brand loyalty? Does Antoine think this will be a problem for consumer startups in the fashion, food and travel space?

Antoine’s Fave Book: The Hard Thing About Hard Things by Ben Horowitz, Capital In The Twenty-First Century by Thomas Picketty

As always you can follow Harry, Antoine, The Twenty Minute VC and Felix Capital on Twitter here!