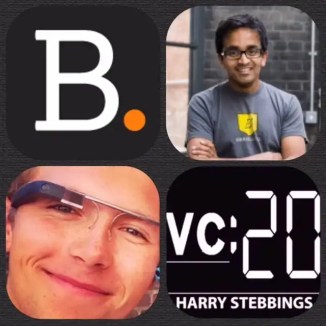 Suranga Chandratillake is a General Partner @ Balderton Capital. He was previously an entrepreneur and engineer having founded blinkx, the intelligent search engine for video and audio content in Cambridge in 2004. He then lead the company for eight years as CEO through its journey of moving to San Francisco, building a profitable business and going public in London where it achieved a peak market capitalisation in excess of $1Bn. Before founding blinkx, Suranga was an early employee at Autonomy Corporation – joining as an engineer in the Cambridge R&D team and ultimately serving as the company’s US CTO in San Francisco. In addition, Suranga was elected a Fellow of the Royal Academy of Engineering in 2012 and was chosen as one of the World Economic Forum’s Young Global Leaders in 2009.

1.) How Suranga made his way into the wonderful world of VC?

2.) Why are so many technical European CEOs fearful of continuing the position as CEO? What can we do to improve it?

3.) What does Suranga think makes a great CEO? Which CEO Suranga respects the most and why?

4.) How have Suranga’s years as an entrepreneur affected his investing style? Does Suranga have a consistent investing style or does he look to iterate a lot?

5.) Balderton is an Equal Partnership VC, what does that really entail? Why does Suranga think this model is the most efficient? Looking at the new appointment of Lars, how do the GPs assess new candidates for the treasured GP position?

6.) What sectors is Suranga most excited by and why? Does Suranga think there is further to go in the consumerisation of Enterprise Software? Does the announcement of Emergence moving from the sector signal a turning tide?

Suranga’s Fave Book: The Old Man And The Sea