20VC: The 3 Stages of Denial For Founders When Scaling, Why You Will Likely Be Unable To Hire Through Your Network & The Interview Question All Founders Must Ask with Olof Mathé, Founder & CEO @ Mixmax 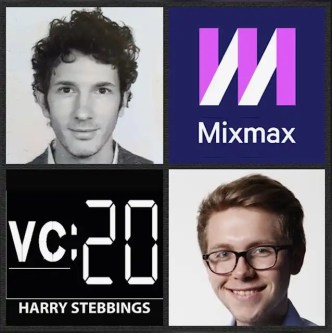 Olof Mathé is the Founder & CEO @ Mixmax, the startup that provides powerful analytics, automation and enhancements for your outbound communications. In the past, Mixmax achieved the almost the impossible in SaaS, true viral growth and a $0 CAC. As a result, Olof has raised over $13m in funding from some dear friends of the show in the form of Jason @ SaaStr, Mike @ Harrison Metal, Mike @ Floodgate and Carl @ Creandum, to name a few. As for Olof, prior to Mixmax he led the team that built Inkling Habitat, now adopted by the world’s largest publishers and before that he was an entrepreneur and worked at Skype and McKinsey.

1.) How Olof made his way from the world of McKinsey and Skype to changing the way we interact with our email today with Mixmax?

4.) Why does Olof get worried when he hears “they will grow into the role”? What are the core leading indicators that suggest someone has the ability to scale vs not scale with the role? How much time does one give an employee to provide value and show their ability in the team? How does Olof think about the right way to let someone go?

5.) What are the 3 interview questions that all founders must ask in the hiring process? What answers indicate a candidate that is best suited for the role and company? What are red flags to watch for both in their answer and tone? How has Olof changed his hiring style over the last few years with Mixmax?

Are you thinking about life insurance in the new year? Ladder Is the smart and easy way to get term life insurance online. With Ladder there are no commissioned agents and no policy fees — you can be done in minutes. Even better, coverage can start today, if you qualify, and you can cancel anytime. Ladder is licensed and backed by trusted partners, with billions in coverage. Visit ladderlife.com to apply and get an instant decision on fully underwritten term life insurance, and check life insurance off your list TODAY.

Ready for tax season? Wishing you’d kept a closer eye on your books this year? Set yourself up for success in 2019 with Pilot. Pilot is a bookkeeping company focused on the needs of startups. Their team of SF-based bookkeepers are assisted by engineers to automate the most error-prone parts of bookkeeping, so you know you’re getting an accurate report every month. Plus, Pilot does accrual basis bookkeeping in Quickbooks Online, so you’re never locked into a proprietary platform. Learn more and sign up here. Don’t wait – the first 100 members of the Twenty Minute VC community get 20% off Pilot Core for six months.