20VC: Index’s Ilya Fushman on The Key Lessons From Scaling Dropbox To 400m Users, Is Excessive Amounts Of Capital Driving Valuations Too High In The Valley & Why Venture Is Like Being On A Swim Team Not A Soccer Team 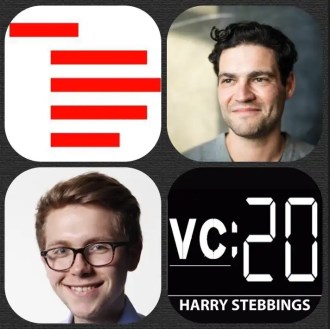 Ilya Fushman is a Partner at Index Ventures where he has made investments in the likes of Slack, Intercom, Dropbox and Optimizely. Prior to joining Index, Ilya was the head of product at Dropbox. As one of Dropbox’s first 75 employees, he helped build and run the company’s business and corporate development functions, before taking on a product leadership role and building out Dropbox, Dropbox for Business and the developer platform. Before Dropbox, he was a principal at Khosla Ventures and the Director of Technology at the solar cell startup Solar Junction.

1.) How Ilya made his transition from Dropbox to return to the world of VC with Index?

2.) Does Ilya agree that to scale successfully you have to reinvent yourself every 6 months? Why does Ilya believe you must infuse an element of delight into the people side of the business? How can this be done effectively?

3.) How did Ilya and the Dropbox team look to effectively manage and scale the employee on boarding process with the growth of the company?

4.) Question from Lars @ Balderton: Does Ilya believe his extensive operational background allows him to get into deals he would otherwise not have been able to win?

5.) Question from Lars: Does Ilya believe an excess of capital is driving prices in the valley excessively high? Will we continue to see this in the coming years?