20VC: Cruise’s Daniel Kan on Lessons From Scaling The Team From 40 To 1,500 People, How Daniel Thinks About Continuous Learning & Self-Development and Why CEOs Hiring Themselves Out Of Roles Is Wrong 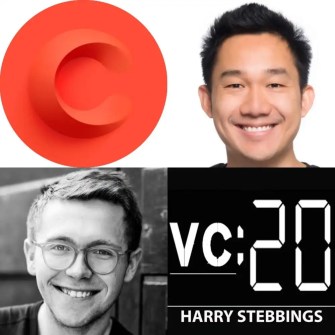 Daniel Kan is the Chief Product Officer @ Cruise, the company building cutting-edge hardware and software that work seamlessly together to transform the way we all experience transportation. In 2016, Cruise was acquired by GM for a reported $1Bn. Since the acquisition Cruise has raised $7.25 billion in committed capital and has attracted SoftBank, Honda, and T. Rowe Price as investors. As for Daniel, he started his career at a startup called UserVoice. He then founded Exec, an on-demand hospitality service company, and successfully sold Exec to Handy. As a result of his many success, Daniel was listed as number 7 on Fortune’s 2016 40 under 40 list for the most influential people in business.

1.) How Daniel made his way into the world of startups and came to co-found the game-changing company of the next movement mega wave of transport innovation in Cruise?

2.) What have been Daniel’s biggest lessons on what works for leaders in scaling themselves? How can a leader ensure their team feel real ownership and accountability for their roles? How does Daniel think about KPI and goal-setting? How does Daniel look to strike the balance between ambitious but achievable goals and then unrealistic?

4.) Why does Daniel believe that “if you are not growing, you are dying”? What has been transformational to Daniel in increasing his own level of self-development and learning? How does the organisation need to be set up to ingest these learnings in real-time and improve? Where do many go wrong when it comes to mistakes and learnings?

Daniel’s Fave Book: Shogun: The First Novel of the Asian saga: A Novel of Japan