20 VC 033: The Pros and Cons of Venture Capital, Atomico and What VCs Really Mean When They Say Interesting with Chris Dark, President @ C2FO 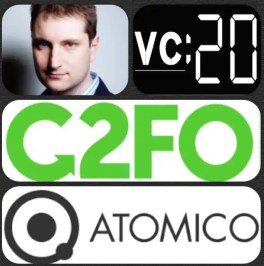 Chris Dark is President International at C2FO, the Union Square Ventures backed company is the priceline for working capital where companies ‘name their own price’. Prior to C2FO, Chris was VP at Atomico, the London based venture fund founded by Nicklas Zennstorm. At Atomico, Chris was on the boards of Chemist Direct, Fab, Hailo, Quipper, Wrapp, Knewton, Bebestore, and Gengo. If that wasn’t enough Chris has also held roles at AOL, Bain & Co and started his own company GameReplays.org, an early esports community, which Chris built to 1 million uniques per month!

In Today’s Show You Will Learn:

We finish today’s show with a lightning round where we hear Chris’ thoughts on whether university is necessary or not, the next 5 years for him and his most recent investment and why he said yes?