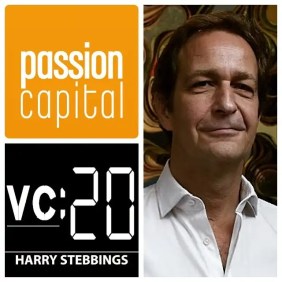 Stefan Glaenzer is Founding Partner at Passion Capital an early stage VC fund who have invested in the likes of DueDil, GoCardless and CarThrottle. He is also Co-Founder of White Bear Yard, a co-working space in London’s East End. Prior to Passion, Stefan was Chairman of Last.fm, an early investor in Wahanda and remains an active member of their board and founder of Ricardo, which went public in 1999.

What you will learn in today’s episode:

As the interview concludes we ask Stefan some quick fire questions where we hear his thoughts on the hardest decision of his life? The best piece of advice Stefan has been given and his most recent investment and why he said yes?

For all the resources mentioned in today’s show head on over to www.thetwentyminutevc.com

Likewise, if you have a suggestion for a VC that you would like us to interview please do let me know by emailing harry@thetwentyminutevc.com