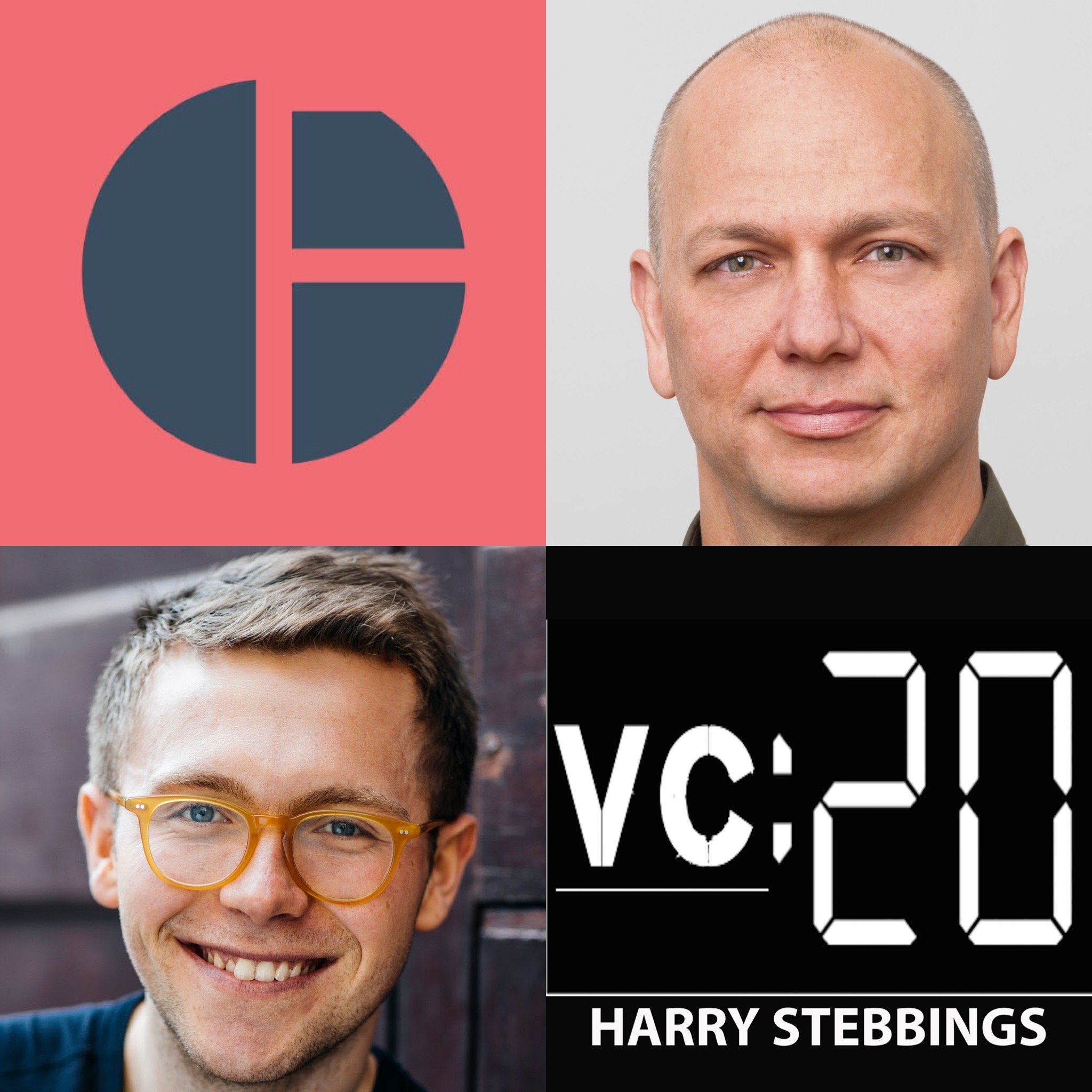 20VC: Tony Fadell “The Father of The iPod” on Mentors, Self-Doubt, Vulnerability, His Relationship To Money, Why Entrepreneurs Need To Be Coachable, Why VCs Must Be More Direct & Why The First Trillionaire Will Innovate Around Climate Change

Tony Fadell, often referred to as “the father of the iPod,” is currently Principal @ Future Shape, a global investment and advisory firm coaching engineers and scientists working on foundational deep technology. Prior to Future Shape, Tony was the Founder & CEO @ Nest Labs, the company was ultimately acquired by Google for a reported $3.2Bn. Before Nest, Tony spent an incredible 9 years at Apple Inc, where, as SVP of Apple’s iPod division, he led the team that created the first 18 generations of the iPod and the first three generations of the iPhone. Fun facts, Tony has filed more than 300 patents for his work and is also a prolific angel investor having invested in the likes of mmhmm and Nothing to name a few.

In Today’s Episode With Tony Fadell You Will Learn:

I. The building blocks of an entrepreneur

What was the moment that Tony realised that he wanted to be an entrepreneur?

“I got my first money when I was in third grade, because I had an egg route. We’d go get eggs from the farmer, and I’d load them in my wagon. Then my younger brother and I would go door to door around the neighborhood, and we’d sell eggs. And that was an every week or every other week situation, and I got money in my hands. And I was like, Oh my God, I can do whatever I want with that money. I don’t have to ask anybody, I can just do it. And so that was the level of freedom that, especially when you’re young, feels really cool. And then as I got older, I started to buy Atari video game cartridges for my 2600 (yes, I’m that old!), and that was really, really fun too.”

What was the biggest lesson that Tony learned from his father on sales and building trusted relationships?

“And he said, very clearly, Look, this is a relationship. If I make this person successful, he’s gonna want to come back to me over, and over, and over. But if I sell him something and it doesn’t sell, and he has to discount and he loses money, he’s not going to come back. Even if I don’t have the right product, I’ll tell him where to go to get the right product they’re looking for, or if they’re picking the wrong one, I’ll tell them, here’s the right one, because my job is to make them successful. Because if they’re successful, they’ll come back to me year after year after year. And even when we have a down year, they’re going to trust me, and they’re going to come back.”

How does Tony Fadell think about and assess his own relationship to money? How has it changed over the years?

“So my relationship to money now is that it’s just a means to make change happen. And so literally, for me, I can just have a backpack, my computer, my phone, a couple of roller bags with my clothes. And that’s enough to live life with my family. I don’t need all this other stuff. COVID taught me that even further.”

How does Tony determine true friendships vs transactional relationships?

“If it’s not a reference – if it’s not coming from somebody saying, Hey, you really need to meet this person – I take everything with a grain of salt. With anybody who comes to me cold, I think they probably want something. I try to find that out through the network, Do you know this person? What are they about?”

Why does Tony Fadell believe that founders have to be “coachable”?

What are the core signs that an individual is coachable?

What does Tony believe is the right way to deliver advice without fluff?

“First, it’s about trust. You have to be able to have a trusted relationship with somebody. And second, there are different ways of delivering a message. You can deliver a message the first time in an iron-fist-in-a-velvet-glove kind of way. But sometimes the velvet glove is going to come off.”

How do people make mistakes when giving advice?

“I’m in too many board meetings; we have over 200 investments. I’ve seen all kinds of different CEOs and different boards, where the investors don’t want to feel like they’re going to get a bad rep because the CEO is going to say something if they say something negative.”

What does Tony Fadell advise founders when it comes to finding mentors?

“Usually, a really great mentor is going to be highly selective. They’re going to be like, I don’t want to work with you. They only have so much time for people who are actually coachable.”

What are the characteristics of the best mentors?

“You’re gonna have tough love with them, you’re gonna say things that they don’t want to hear, you’re not going to be liked all the time. Hopefully, one day, you’ll be respected if not liked. And that’s what it means to be a mentor.”

How does Tony assess his own relationship to self-doubt?

“Everyone goes through imposter syndrome. Everyone does. We all have gone through it, I go through it. Because you know what, when you’re doing stuff you’ve never done before, and you’re changing the world, no one else has done it either. No one else has done it either. That means it’s okay. And I always say, if you don’t have butterflies in your stomach each day, you’re either not paying attention, or you’re not pushing hard enough and taking enough risk.”

What are Tony’s views on failure?

“Now, there’s taking stupid risks versus risk mitigation and taking calculated risks. But you should always be living on the edge of pushing yourself because that’s where the growth is, that’s where the change is happening.”

Does one learn more from success than from failure?

What does Tony mean when he says, “do, fail, learn.”

“Look, it’s do, fail, learn; do, fail, learn. There’s no such thing as learn and then you’re able to do. No, no, no. When you really learn in life is after you’ve tried to do it.”

What is the right way for entrepreneurs to present their boldest of ambitions?

“Look at Elon now. If he was pitching what he’s doing now 15 years ago, people would go, No way! A few people, like Jurvetson and others, said, Yeah, sure, okay, great. But very few people would get behind that huge boldness.”

“So what they do is – and this is what I’ve had to do – they start and just pitch that simple ‘What’s the next three to four years look like?’ and never tell anybody about the big picture. Because you scare most people off.”

How do investors need to change how they think about ambition and upside?

“Most investors get scared off, because if somebody has a really big vision, investors are like, No, just do this one little thing that’s going to be successful. And then these entrepreneurs, they pitch their much bolder vision of where they really want to take things.”

Why does Tony believe the first trillionaire will originate from the climate change space?

“You heard Chamath say, very clearly, The first trillionaire in the world is someone who’s going to fix climate change. It’s true, because it’s going to be all about atoms. And it’s going to be about changing the infrastructure around us. So you have to be hopeful. If you’re not hopeful, don’t have kids, don’t be on this planet.”

Why is the majority of plastics recycling total BS today?

“Because plastic is so cheap. And the petroleum companies just want to sell you more and more virgin plastic. Nobody wants to recycle it because it’s not worth anything to them. So we go and burn it and there are all these toxic fumes that come off, or we bury it and it sits there for 500 to 700 years.”

Why does Tony believe we need to fundamentally transform our economies?

“Most recycling either ends up burned or buried. Only about 5–7% of only certain types of plastics are actually recycled, and when they’re recycled, they’re almost always downcycled to something like an ugly chair or road material, but they still mix in a ton of virgin plastic into it. We’re only now starting to see if we can make more bottles with it. So there’s never been a real economy around recycling.”

How do funding markets need to change to fund this structural reshaping of society?

“We are going to have to finance so many things. And this is where the finance industry can make a ton of money if they start looking at the small-, medium-sized businesses, and the technology that they could adopt if they were financed properly.”