20VC: The Best Determinant Of Product Market Fit & Why You Prior Experience Is Nor Required For Founder Success with Neeraj Agrawal, General Partner @ Battery Ventures 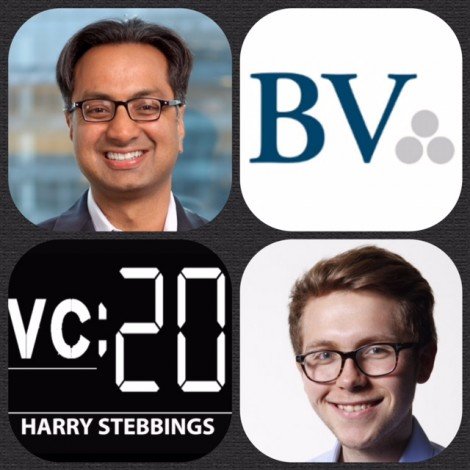 Neeraj Agrawal is a general partner at Battery Ventures investing in SaaS and Internet companies across all stages.  He was a founding investor in BladeLogic in 2001 and has invested in several other companies that have gone on to stage IPOs, including Bazaarvoice, Guidewire Software, Marketo, Omniture, RealPage and Wayfair. His current, private investments include AppDynamics, Catchpoint, Chef, Cohesity, Coupa, Glassdoor.com, Nutanix, Optimizely, Pendo, SmarterHQ, Sprinklr, StellaService, Tealium and Yesware. For the last six years, Neeraj has been recognized on the Forbes Midas List, which ranks the top 100 venture capitalists in the world.
Click To Play
In Today’s Episode You Will Learn:

1.) How Neeraj made his way into the world of VC?

2.)Question From Logan Bartlett: ‘What is your thought process on what makes a good vs a bad deal? Also, how have you developed your ability to process deals and poke holes in logic?’

3.) How can early stage Saas founders determine the extent to their product market fit??

4.) What is it like to back rocketships like GlassDoor or Marketo and helping scale operations when you’re in hyper growth mode? Does Neeraj agree with Sheryl Sandberg’s statement, it doesn’t matter where you sit, as long as you have a seat on the rocketship?

5.) Neeraj previously stated in a Nasdaq article that it is all about the team and the market. What are Neeraj’s thoughts on VC founder alignment? Neeraj also places emphasis on the market, so how does Neeraj view the juxtaposition between current and future market?

6.) One hurdle preventing some companies from growth is the ability to attain later rounds of funding so as a largely Series B investor, why is raising a Series B so tough? Is it the embodiment of the funding barbell?

As always you can follow The Twenty Minute VC, Harry and Neeraj on Twitter here!
If you would like to see a more colourful side to Harry with many a mojito session, you can follow him on Instagram here!
The Twenty Minute VC is brought to you by Leesa, the Warby Parker or TOMS shoes of the mattress industry. Lees have done away with the terrible mattress showroom buying experience by creating a luxury premium foam mattress that is order completely online and ships for free to your doorstep. The 10 inch mattress comes in all sizes and is engineered with 3 unique foam layers for a universal, adaptive feel, including 2 inches of memory foam and 2 inches of a really cool latex foam called Avena, design to keep you cool. All Leesa mattresses are 100% US or UK made and for every 10 mattresses they sell, they donate one to a shelter. Go to Leesa.com/VC and enter the promo code VC75 to get $75 off!